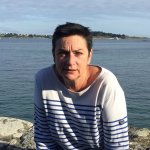 Frédérique Le Roux has used a human herpes virus model system to address critical questions regarding the switch from latency to lytic cycle and the oncogenic properties of viral regulators (PhD and first post-doctoral fellowships, 1991–98). Having acquired substantial background and experience in molecular virology, she initially focused on applied research questions (IFREMER 1998–2004). Her work highlighted the complex eco-evolutionary dynamics of environmental pathogens and the urgent need of pathosystems to explore disease emergence and virulence mechanisms. She then focused her research on bacterial pathogens, the vibrios (2004–now). To develop the genetic toolbox for the diverse systems she had to work on, she joined the group of Didier Mazel at the Pasteur Institute (2004-08), the lab of Matt Waldor at Harvard Medical School (2008-10), and more recently Melanie Blokesch, at the EPFL for a mini-sabbatical. Since 2007, she leads, in collaboration with the CEA, a project analyzing hundreds of vibrio genomes. Since 2011, she is the principal investigator of the Genomic of Vibrio team at the marine station of Roscoff. She has brought together all the teams in France working on non-human pathogenic vibrios, increasing the impact of publications and grant success for the whole community. She also created a European network focused on Vibrio pathogen emergence in natural populations (Le Roux 2015).
She published 63 articles an obtained very competitive funding resources from the French National Research Agency (4 grants as PI in ten years) and the European Research Council (ERC Advanced Grant). She is actively involved in participative science, aiming to promote microbiology across social, age, gender and cultural barriers.

The goal of this project is to shed light on key ecological and evolutionary processes underlying phage-bacteria dynamics in the marine environment. An oyster bacterial pathogen, Vibrio crassostreae and its infecting phages will be used as model system to investigate the molecular bases and evolution of phage infections in nature. Based on a field approach, we will determine whether phages influence V. crassostreae dynamics in the wild by reducing bacterial density via predation and if co-evolution applies in this natural system. Combining comparative and functional genomics we will identify genes involved in the phage host range, host resistance, and phage counter resistance. Exploring phage-vibrio interactions in culture, we will analyze whether fitness costs can constrain evolution of resistance in vivo and identify vibrio virulence genes that are negatively selected by phages.

The aim of this project is to understand the evolution of antimicrobials resistance in environmental vibrios. This will allow to i) understand the diversity, mechanisms and evolution of antibiotic resistance in vibrio and determine if the oyster acts as a hotspot of HGT; ii) determine the trade-offs of antimicrobial and phage resistance with virulence and identify combinations of phages acting synergistically to control vibrio pathogens.

The aim of this project was to investigate the evolution of vibrio virulence in relation to the oyster as a host and phages as predators. This allowed to determine whether i) pathogenic genotypes of Vibrio emerge in areas experiencing mass mortalities; ii) Vibrio and oysters co-evolve; iii) Vibrio-phage infection networks are more highly connected in co-occurring phages and hosts

The aim of this project was to investigate the partitioning of vibrios into ecologically distinct populations at fine environmental and genotypic resolution scales. This allowed us to determine (i) from what types of microhabitats oyster pathogens emerge, (ii) how populations shift during disease events, and (iii) what genomic features correlate to differential microhabitat association (including pathogenesis)

The aim of this project was to investigate virulence as an emerging property of strains or population in vibrios infecting marine invertebrates. Virulence was viewed not only as the result of acquiring new genetic resources through genomic plasticity but also, and foremost, through the interactions between vibrios, be it at the level of the interaction between replicons or between strains within the population

Start-up funding to install my new team of the Marine Station of Roscoff.

1998 - 2004 ​She created and taught Continuing education in molecular biology at IFREMER.

SCIENCE COMMUNICATION TO THE GENERAL PUBLIC

Oral presentations in public schools (from 5 to 9th grades), see for example https://www.facebook.com/SVT.Elorn

Creation of a class on Microbes with children in Laos https://www.youtube.com/watch?v=lwE1Vp-WAPM

Creation of a booklet to discover the world of microbes with Zoe Chaplain (https://www.artstation.com/zoechaplain), see this BOOKLET (en) or this BOOKLET (fr)

Participation to a child-centric microbiology education framework, see this PDF