2022
Bénédicte Charrier was awarded an ERC-advanced grant for the project "ALTER e-GROW", aiming to identify the strategies of three-dimensional growth in brown algae.

Early 2023, Bénédicte Charrier, PI of the team Morphogenesis of Macroalgae (MMA), will initiate a new project, named "ALTER e-GROW", supported by an ERC-advanced grant from the EU (3M€). ALTER e-GROW aims to identify the strategies that brown algae selected to develop three-dimensional tissues.

Brown algae are the second largest organism on the planet, after Sequoia trees (120m) and before blue whales (30m). Although eukaryotic, multicellular and photosynthetic, these organisms are phylogenetically distant from plants, and just as much from fungi and animals, whose respective ancestors separated over 1.6 billion years ago. As a result, they are a rich reservoir of unexplored biological processes that could complement or even change our understanding of life on our planet.

In particular, very little is known about how these algae control their development. The question posed in the ALTER e-GROW project is: how do brown algal cells orient their growth in a given axis of space, and more importantly, by what mechanisms do they change to allow them to expand in 3 dimensions? The approach is based on the mechanical properties of the cells, and it is all the more exciting because, in brown algae, these properties result from an original cellular organisation and a unique combination of materials. Moreover, a striking feature compared to other organisms is that some brown algae form their tissues in three dimensions by a succession of phases in one, two and three dimensions.

Several technological challenges arise to study this issue in these organisms. This is why in the last few years, Bénédicte Charrier has been developing various tools such as microfluidics and laser cell ablation. The ALTER e-GROW project tests the hypothesis that, in order to change their growth orientation in space, brown algae cells rely on parsimonious mechanisms resulting in shape changes. The approaches used are in silico simulation of tissue growth from mechanical models, supplied by quantitative data of geometry, structure and growth dynamics of cells. 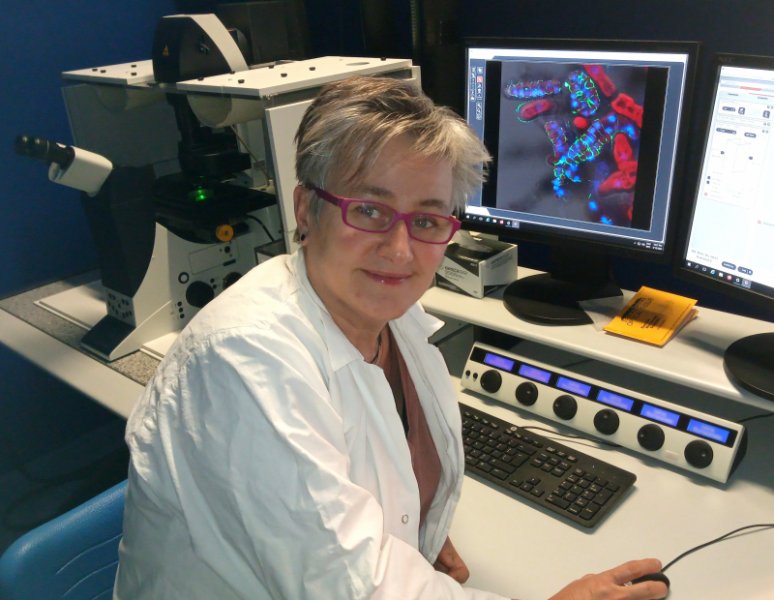 Alt Text:
Embryo of the brown alga Saccharina observed with a confocal microscope
Copyright:
B. Charrier

The André Picard 2023 Conference will take place in Paris at the...

New publication from MMA: Showing its best side: Saccharina embry...